Selected as one of four branches in the first group engaged through the Community Vision Plan, South is an important component of CPL’s branch network. Located between the Tremont and Clark-Fulton neighborhoods, the South Branch serves a diverse community on Cleveland’s near west side.

South Branch has a very large collection in Spanish of movies, fotonovelas, magazines, music, novels, and informational books, as well as a great selection of English language materials. Our programs are always free and open to the general public.

First opened in 1897, the South Branch was initially located on the corner of Clark Avenue and Joseph Street (now known as Twinkie Lane) in a building rented by the library. But for most of the branch’s history, services were provided at the Carnegie South Branch building on Scranton Road. Completed in 1911, this building is one of only 15 Carnegie libraries built in Cleveland. 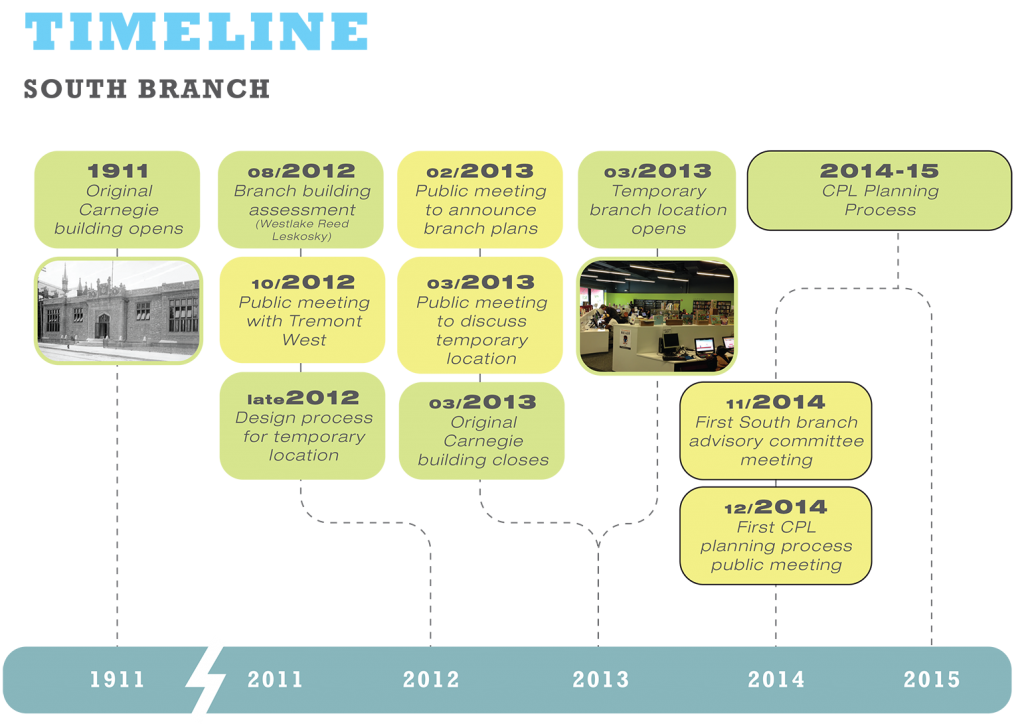 In response to concerns about building envelope deterioration and non-functioning mechanical systems, in 2012 CPL hired local architecture firm Westlake Reed Leskosky to conduct an assessment of the facility.

Due to the extensive repairs required to continue the building’s public use, the Carnegie South building was temporarily closed in March 2013. In the meantime, actions taken to discontinue further deterioration of the Carnegie building include: 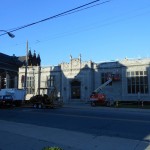 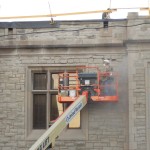 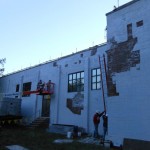 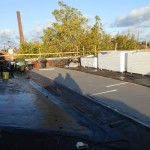 South Branch has been temporarily relocated to 2704 Clark Avenue. This bright and comfortable location has more computers and the types of materials, books, and collections most used by patrons at the South Branch. The vast and deep collection of the entire Cleveland Public Library is, as always, available to all.

Future intentions for the South Branch are still being considered and no decisions have been made by CPL regarding the Carnegie building.

In 2014, CPL initiated the Community Vision Plan to gather the necessary input from library patrons to ensure that South and all branches will offer appropriate services by 2019. 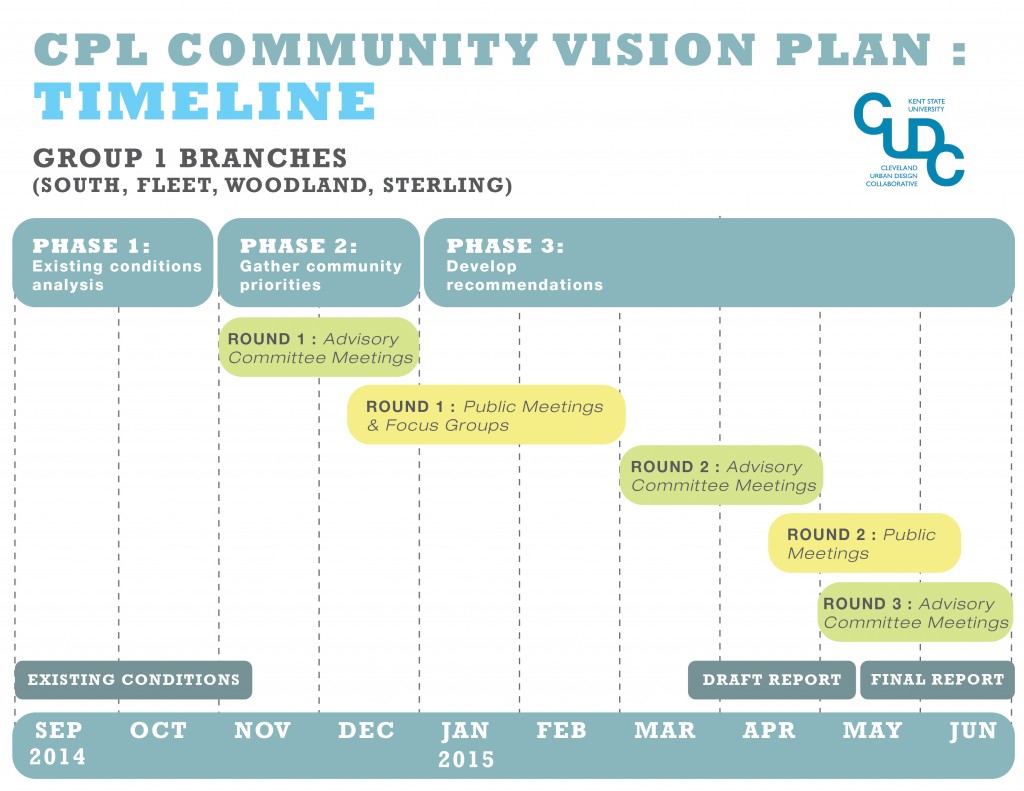 The Community At-Large
In order to engage a broad spectrum of the South Branch community, the project includes public meetings and an online survey.